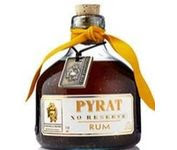 Have you ever had one of those waiters? The ones that know everything about the menu. And about everywhere you've ever been. And about how they have been all the places better than your places. And about how this year's number of days of sunlight will just wreak havoc with the Bordeaux. In fifteen years. That sort of waiter. The fellow who feels the need to constantly inject himself into the conversation you are trying to have with your dinner companions.
One evening not long ago, I was attempting to have a fine meal in fine company at one of my favorite Atlanta restaurants. A place where cocktail mastery rules. Where I had not once had anything less than exquisite food. And great service. Until the night in question. I honestly did not know how to handle the intrusive gabbler assigned to our table, so I ignored him as best I could and concentrated instead on the [again] lovely meal and great company.
But, a central Epic principle holds that even negative experiences can result in superb discoveries. Consequently, even the biggest blighter of a waiter can produce a very pleasant surprise. When the cheese course came around, he asked if anyone wanted a companion beverage. Always up for a companion beverage, I voted in the affirmative bracing all the while for yet another exposition on great hotels in Thailand, Aboriginal cheese, or some such other topic. Sayeth the waiter...

I'm going to just bring you something and you can try to tell me what it is.
I mean, really. Had the man no limits? Injecting a game of alcoholic trivial pursuit into my meal? One that I could not possibly win? I considered rejecting the whole notion and sending him away with a pronounced look. But there was this point of the companion beverage, you see, so I checked my wrath. I am told that the checking of one's wrath is a sign of the developed social animal. Except, perhaps, when in the presence of intrusive waiters.
In any event, a snifter soon arrived born by the increasingly smug looking man. Amber. I peered suspiciously into the glass, although the liquid inside smelled very nice. It tasted even better. And it was the perfect compliment to the cheese board. The blighter smiled ever more smugly...
Well? Any guesses? [You Philistine, he was no doubt thinking. I mean, I've never spent a week in a hut on the beach in Bali with a Vogue model...]

I posited an old Calvados. Very old. He smiled benevolently and showed me a bottle of rum. A new bottle. Pyrat was the funny name on it. I was astounded. And overcome with new-found respect. As the warm, Caribbean glow of the rum folded itself around me, I realized that I had totally misjudged the fellow. He was, in fact, a truly fine man and a benefactor to all gourmands fortunate enough to appear in his presence.

I have since become a true lover of fine rum. Pyrat will set you back between $35.00to $50.00 [U.S.] and you will never be sorry you spent the money. Also, I have ordered it neat with a cheese or dessert course in several very nice places, and the servers have consistently stopped, raised an eyebrow, and allowed just the slightest hint of surprise. The sort of thing [like ordering Hendrick's gin on the rocks for that matter] that garners well deserved respect. I, for one, am proud to be spreading the word about this wonderful spirit.
Comparative Imbibery Note: Another very fine rum that I enjoy is Ron Zacapa. Armed with these two choices you are now able to baffle and impress. You are welcome. Just send the bottles of Pyrat and RZ to me at the address listed in the margin. ML
Posted by M.Lane at 2:24 AM

Try the Mount Gay extra old...or Barbancourt 15 years old...better than both the selections dicussed if I may say so....

Absolutely loved your story and I now have a wonderful new liquor to try!

MLS, I will try them! Thanks for the tip.

Karena, I know you will enjoy it. Thanks for the visit and the comment!

Thank you, kind sir, for sharing the secret! I must try!

What a great tale, ML! "alcoholic trivial pursuit"? Fantastic! And, *not* merely because of the fact that booze was involved. I swear!

I will have to give a try! Any chance to impress is welcome these days. Given that I am increasingly lacking in the art of "checking of one's wrath", I need all the help I can get!