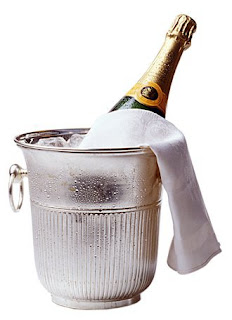 Every so often I get an email from Men's Health magazine with tidbits of information designed to enlighten me.  I am not sure to what age group these emails are directed but one recently caught my eye.

"The Eleven Best Ways To Escape A Hangover".

I was suspect of the title right off the bat.  Every tippler knows that there are only two ways to "escape" a hangover and that neither of them are acceptable.  Abstinence or moderation.  Abstinence deprives the drinker of one of the most potent weapons he or she can array against the seemingly endless slings and arrows of daily life.  Out of the question.  Moderation is generally accepted as a fine notion in most quarters and also with alcohol of course.  Definitional issues aside regarding what constitutes "moderation", the problem with moderation in this context is that it needlessly limits your intake while providing absolutely no guarantee of "avoidance".  The vagaries of metabolism, diet (another horrid word when taken out of context) and the impact of your psychology of the moment can turn even a "moderate" consumption of alcohol into a personality-rending hangover sixteen hours later.  With all this in mind, I cocked the eyebrow and sat down to examine the "Eleven Best Ways".  After making a martini.

I am no scientist.  Call me an experiential observer if you must.  But it is obvious that hefty consumption of alcohol depletes the little water cells or whatever.  This could be proven empirically (and disgustingly) by measuring the volume of booze intake during any given evening out and comparing it to the measured...um....outgo...during the same period of time.  There is a lot more on the expense side of the ledger.  It has to come from somewhere.  Case closed.  As a result, you have to replenish water.  The issue is when to do it.  Drinking water while cocktailing is absurd and tedious to everyone else.  Also, it violates Sinatra's famous dictum regarding a water back placed by an unsuspecting server near his Jack Daniels..."Take it away. Water is for washing. I'm thirsty, not dirty."  Drinking water in large quantities after you get home and are readying for bed is a grand idea, and as effective as anything else to ward off the next-morning issues, but as Kingsley Amis sagely said if you can remember to drink a gallon of water before bed you probably aren't drunk enough for it to make any difference.  In the tippling context I call this the Prophylactic/Consciousness Paradox.  The only sensible choice remaining is to drink as much water as possible the "morning after".  Of course at this point it is literally impossible to "avoid" the self-brutalizing hangover you already have and the water consumption is only to allow survival to the end of the line.  A wee dram of whisky, particularly Irish whisky, added to the water at this stage is said to help smooth out the turbulence a bit.  I wouldn't know.

No.  Please, I will tell you the number of the bank deposit box.  Just do not make me drink one of these.  For one thing, they usually involve sports of the sort that require massive activity levels and are consequently contrary in spirit and practice to sitting on a bar stool for extended periods.  Second, they taste like Hawaiian Punch with a battery acid chaser.  No way I would drink one of these hung over.  Even if it cured me.  Which it won't.

Nope.  I pride myself on having many bartender pals, and one of the best told me "coffee just turns a drunk into a wide awake drunk".  It doesn't even have that effect on me.  Although I love the aroma of coffee at any time and perhaps that may help the hangover a little.  I don't recall ever hearing of someone wanting to vomit after smelling coffee, so that is something of an endorsement.  And, the last time I checked, coffee was all water anyhow.  I am told that a dot of cognac in the coffee might help too.  I wouldn't know.

Yes, the Men's Health author (a lady by the way) put the term in quotation marks.  As if assuming the reader had not heard it before.  Or as if it is not a valid theory perfected over centuries of use by the discriminating drinker.  No other commentary on this is needed.  See the above.  And the following.

What?  Really?  How about a nice plate of spaghetti? This recommendation by the author was for food consumption once the hangover phase sets in.  My dining preferences after a large time out are nonspecific other than for the mandatory inclusion of high levels of salt and grease.  Pizza is good.  So are burgers and tater tots.  It doesn't matter.  As much as you may not want to put anything into your stomach during a hangover, you have to stay vital, if only to allow for deep reflection on all the things you don't like about life.  I refer to this as the Nausea/Survival Conundrum. You have to stay alive until the harpies leave your skull.  No avoiding a hangover here.
If moving your jaws is an overarching effort during this phase, then you can turn to the lore of any one of many ancient and sensible cultures on the planet holding that a beer, particularly dark beer such as stout, is a restorative reaching of the potency of a mystical elixir.  I wouldn't know.

The author says that this doesn't matter after you drink (patently untrue, see 5 above) but that you should eat greasy food BEFORE settling in at the bar to DELAY the body's absorption of alcohol.  Good heavens.  Final proof that the author may not drink at all and certainly has never had a hangover.  The lunacy of this notion should be immediately apparent to anyone over the age of six.  Delaying absorption only PROLONGS the hangover phase, allowing the theory's stumbling victim to wander headlong into what is commonly known as the Sustained Release Poison Anomaly.  Please. Send us writers with real world experience. Please.

I won't take them when I'm SOBER.  Not happening.  They won't "avoid" a hangover.  Plus, there is the oft-mentioned although somewhat thinly documented green tinting of the countenance which can occur when a person slogs down a hand full of these natural elements and then buries them in booze.  Cocktails are chock full of vitamins.  Ask anyone.  Those are enough.

See 7.  I can't imagine anything worse than running a few miles with a hangover, can you?  Exercise is dangerous enough without the conga line dancing in your head and without being blinded by hypersensitivity to light. As a penance perhaps it would do but personally I feel the hangover alone is more than sufficient in that regard.

Hm.  See my thought about exercise.  I don't recall ever having sex, or wanting to have sex, while hung over but if there was a time when I would have wanted to have sex while hung over I assure you it is long past.  Plus, it would probably require removal of the icy cloth from my eyes...

Also not a hangover "avoider", merely a symptomatic treatment.  I am not against a few mild analgesics since the hangover intrinsically involves pain and lowering pain is what pain medicine is for.  Personally, however, the well documented dangers of using almost any sort of pain medicine (especially the ones that really work) after substantial consumption of alcohol have put me off the notion.  I would rather suffer through, penance or no.  I earned this hangover.  I want to feel sorry for myself as long as possible.

All in all, then, this latest list of ways to "avoid" a hangover ia no better nor worse than its many predecessors.  The open point is whether a sure-fire method of avoidance would be a positive thing.  Again, I am no scientist, but it seems to me that any absolute prophylactic for a hangover would of necessity also prevent the imbiber from tipsiness and if that were the case, cocktailing would provide no gaiety, no separation from la vie ordinaire, no release. The effect on raconteurism alone would be devastating.  To say nothing of the production of poetry and song lyrics.  And what then, I would ask (as I gaze into the shaker to see if a refill lurks inside) would be the point?
Posted by M.Lane at 9:44 AM

What about the raw egg, juice, Worcestershire sauce, etc., blended hangover cure drink that one sees in the movies? I've never tried it myself, the idea being somewhat abhorrent...

William, I can't even READ that mixture without getting ill, and I'm currently sober. I have always thought that the purpose behind that "cure" was to make you so revolted that you forgot the hangover. For a bit.

Thanks for stopping by!

You're awesome. I'm going to print this out and hang it up...by my bar

Cashmere, good idea. And from the looks of it, you need to take it with you to the onrushing wedding.

BTW, my husband read this and said, "M. Lane has outdone himself." We need to get together soon! (Perhaps after the festivities :-))

Cashmere......I would LOVE that! Perhaps in Chicago or KC.

This was absolutely hilarious! Without sufficient foundation establishing the author's expertise in the field, I am loathe to take such advice. Your experience on such matters, on the other hand, is without peer.

For my two cents, I've always found that a baseball cap and sunglasses cures most morning hangovers. And for prevention, a tumbler of ice cubes to suck on as you fall asleep with a Tom Petty CD playing, the one with "Free Falling" on it.