Today is my fiftieth birthday. I have always been a believer in birthday festivals, not birthDAYs. Also, I do not understand the angst people say they experience when they have a birthday, particularly one that marks half a century. The alternative to having a birthday is just a bit more sticky it seems to me. I just like an excuse for a celebration. Dedicated to me. What other guaranteed day like that is there in the year?
If as an Epic I had not been inclined to these views anyhow, the events of four years ago would have caused a mid-course correction. December 8, 2005. The day I had a heart attack. At forty-six. With no family history, no high blood pressure, no smoking, no arterial placquing, no blockages. No risk factors at all. Just Norwegian genetics that virtually insured that I would live to 180 or so. And a tiny undetectable spot in the wall of my largest artery that decided to pop open that morning while I was getting the Future Rock Star his breakfast before school. True to their mission of stopping hemorrhages, my platelets rushed to the rescue as I was stumbling about the kitchen, sealing off the largest of arteries.
My wife had just been released from the hospital. Had she not been ill, I would have been on a flight to New York that morning.
As my readers may have deduced already I have done plenty of strange things in my life. Mostly by choice. A heart attack tops the surreal event list. When, on your first ever trip to the hospital, they are wheeling you into an operating suite and you have to face the interesting notion that you might be at the end of the line, that counts as surreal. Or perhaps uber-real. At that moment though, I received a priceless gift. The realization that I was very pleased with how my life had gone. Family. Friends. Work. Play. Travel. One thing occurred to me as needing amends. If I get a chance, I'll certainly take care of it. Because it was very poorly done. But that is a secret of my own.
Want to believe in the notion of miracles? That day was a sequence of them. Stacked one atop the other. I wasn't on an airplane when it happened. Despite closure of the big artery, I didn't have any blockages anywhere else. Allowing me to live. With no impairment. I skated from a major heart attack. Went to rehab. Felt like I was 100 years old for about four months. Got a lot of slippers as gifts. Returned to my career. Launched a blog. And here I am. Four years down the line. Ready to happily accept any congratulations on my half-century birthday you might think I deserve. But spare me the kvetching about aging. I have a long way to go. Because today I am only four years old.
I wonder if the AARP has a discount at liquor stores? 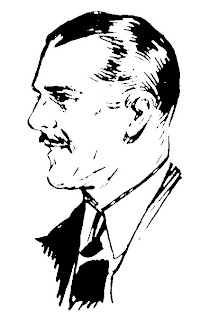 Also, I am very happy for you upon your realization of how your life has gone. I wonder how many can say that. I wonder if I could say that. Perhaps, some soul searching is in order.

Enjoy your birthday today, and again when you turn five.

It's great to be four years old twice in your life. No doubt you will make even more of it the second time around. We are all a work in progress and those with the most prominent twinkle in their eyes realize that we are surrounded by everyday miracles if we only stopped to look.

Have a second helping of cake, then go play in the yard.

Happy, happy FOURTH Birthday, Epic!
I can't wait to hear how you celebrated.

Happy Birthday!! Four was a great year. I'm jealous you get to be there twice.

And we're certainly happy to have you around! I would say "live it up," but we all know you will do that anyway :)

Happy birthday. You lend real meaning to the saying about being another year "wiser". Many happy returns.

A very Happy Birthday to you, Epic. I have no doubt that you are celebrating in grand style even as I type.

Happy 4th birthday. Thanks for the perspective.

Chez Scoffington we have a saying, "it's my birthmonth." Celebrate long and lovely, Mr. Lane.

Happy Birthday! :-)~
Wow--how scary to have a heart attack. But, how nice that you have had a good life. And more to come!

Happy belated Birthday. I owe you s cocktail at the Veau. Your heart attack explains a lot about that Epic thing you got going on. And I agree. You see what meaning there is in the very little things of life and brother, it all starts there.

Thanks everyone for the VERY nice comments and best wishes! I will put up a list of my [publishable] activities during birthdayfest 09 in the near future.

Happy birthday! Love coming to your blog for interesting articles and a great amount of good advice on things.