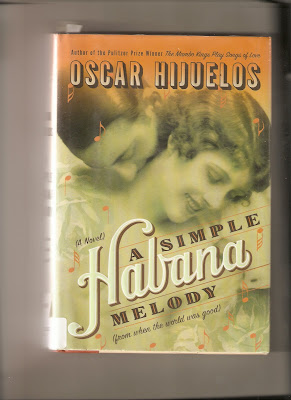 I am ashamed of myself and I don't feel that way very often. Like when I come across a writer so magnificent that it stuns me. That I have not read before. Or even heard of. Oscar Hijuelos and his tremendous and lovely book "A Simple Habana Melody (From When the World Was Good)" is the current cause of my shame.
He did win the Pulitzer after all, for The Mambo Kings Play Songs of Love. That somehow escaped my notice as well. But not any longer. A Simple Habana Melody is a lushly romantic story of a successful Cuban composer, a true gentle-man, whose loving nature carries him through the vicissitudes of a supremely interesting life from 1900 through the late 1940s in Cuba, Paris and elsewhere. A story that should not be missed by anyone who still appreciates highly refined craftsmanship in writing.
I have mentioned before that some writers are great at plotting and scenery. Some are great at characterization. The very best writers, however, create plot, scene and characters with equal aplomb. Mr. Hijuelos is one of the very best. How this man can turn a phrase! Consider this passage describing the composer Israel Levis in the late 1940s, his older age...
He had never been a handsome man, even in his best days; he did not have the Spanish good looks of his older brother,Fernando; rather, he considered that his charm had once arisen from his gallant manner, his affability and the attention he paid to others, staring directly into their eyes, save when he felt blinded-or outraged-by the most beautiful of women or the most strikingly handsome of men. In those moments a mixture of envy and admiration entered his heart, for these favored daughters and sons of life, moving through the world with effortless grandeur, embodied the very qualities of beauty that he had always aspired to through his music. Some women were like glorious sarabands, their dark and intense eyes mysterious as the deepest tones of an operatic aria; others more lustily disposed-the cheap women whom he had often cherished in his youth-were like jaunty rumbas, the wild gyrations of the Charleston. And men? Some were as graceful as the tango, or surefooted and capricious in their movement through life as the habanera-while he, lumbrous, awkward and ever careful, had always been the equivalent of a waltz or a simple box step. For many years he knew this to be the truth, as most of his grace lingered within, and he had spent so many hours, as a young man, in private self-ostracism, withing he could change this or that on his face or some part of his body, as if it were not enough to attract others through the power of his understated personality and a presence that most found enchanting; how foolish he had been, he now thought, to have wasted so much of his time on such petty concerns.

The composer becomes world famous for writing one love song, yet he is seemingly unable to communicate his feelings in person to the love of his life, singer Rita Valladares, who also provides the voice of his song. Over time, Levis meets many people, including at least one love, but Rita is never far from his mind. Mr. Hijuelos fully understands the nature of love. And of longing. That rarefied sort of longing that extends over the long-term. For example, who has not had the occasion to temporarily replace the aching desire for another person with food or wine? Levis poignantly describes a meal with George Gershwin at the [still extant and glorious Inglaterra Hotel] in Habana in 1930... 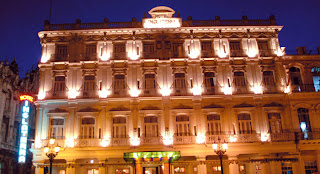 He ordered an entire roasted chicken, its skin nicely braised, with rosemary potatoes and a salad, the kind of fare that served the palette of the American clientele who often stayed in the Inglaterra. Mr. Gershwin ordered fillet mignon (with french fried potatoes and onions), which, to Levis's despair, he barely touched ("Tell your friend, Senor Levis" he said to Manny, "that I've got to watch my waist-line, mi cintura"). Even when he had finished off his chicken, leaving only a carcass and the slightest residue of salad oil on his plate, Levis could not help himself from looking enviously at those tender and succulent morsels that lay largely untouched under Gershwin's fork and knife, for, in those moments of small desires, a kind of sadness having to do with the missed opportunities for love in his life came over him, and he, his mouth watering, was half-tempted to finish his fellow composer's meal.
During his life in pre-war Cuba, Levis participates in anti-government activities directed at Cuban President Gerardo Machado. 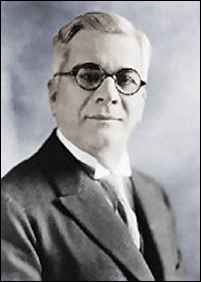 Levis finally decides to leave Cuba in 1932 after government agents invade his home and menace his elderly mother. Who has not been in a time of intense stress and noticed an alteration of the very sense of time? Describing that evening of concern for his mother's injuries, Levis notes...

It had been a night that ran counter to the notion that "life is short", the hours moving so slowly that I would remember it for the dense and weary prognostications that came over me, ever so sadly, from some distant place, deep and dark as the heavens at night, over which I had no control.

The song writer Gordon Lightfoot also distilled the essence of the phenomena of stress-induced alteration of time when he said "does anyone know where the love of God goes when the waves turn the minutes to hours?" Anyone that has found themselves sitting beside a hospital bed for hours at a time or who has been in an airplane tossing about in a thunderstorm knows precisely what Mr. Hijuelos and Mr. Lightfoot are talking about. The notion cannot be described any better.
Levis moves to Paris, where he eventually meets his love's new love. Again, time seems to be deflected or warped in some way by the void created by sadness and intense longing. Who has not felt a wringing emotional void after meeting a love's new love?
Later, when they had left him, Levis remained in the cafe drinking wine until dusk, and then he reasoned it was a good time to switch to a fine grade of Napoleon brandy, for there was something about the drinking of such a liquor that created the false but reassuring impression of more time passing than actually had, a few hours in the waning day, shifting like a continent of moments, so grandly, that weeks or even months could have passed. His last memory of that evening was of devouring a roasted pheasant with fried potatoes in a bistro near the Bastille, then of sitting on a metal bench along the railings of the Pont des Arts and daydreaming as he watched the lamp-lit reflections on the river, quivering like his thoughts.

The progress of Levis' life, as so masterfully rendered by Mr. Hijuelos, makes a satisfying and memorable reading experience. I will close this review with one further passage, describing how Levis feels when he is in Valladares' company. Who has not felt this way? Who could have ever described the feeling in this fine a manner?

thank you. This has been such an incredible read. It was worth missing 2 nites sleep

Toad, I had the same experience! I could not put this book down. I'm glad you liked it too.