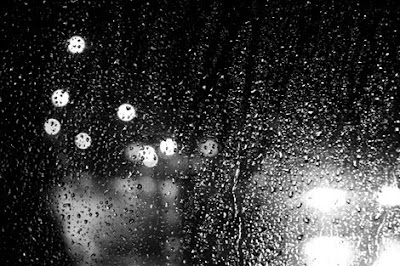 Last week, I met a guy at work.
A young fellow less than half my age. His legs don't move. The result of a rather dramatic motorcycle accident.
Now, I have seen a lot. The things that tend to come into my life at this point in my career run the scale from not pretty to downright horrid. But of all the things I have ever seen, last week's events are unique. I have never met a man like this one.
In our meeting, he looked across at the nice lady that caused his injury and in a respectful, soft, almost loving voice spoke for half an hour. About his life now. About what he had lost. And also about the precious gifts he had gained. He has faith now. Is a better father to his children. Not an "uptight jerk" like he was before the wreck. He said that the things that used to make him uptight just do not seem significant any more. He even apologized for denting her car when she pulled out in front of him. After he finished speaking, he just looked down at his hands. There were eight other people in the room. Grizzled veterans of a grizzly business. We all sat and looked at our hands too.
Then, everyone expected me to say a few words to him. Extemporaneous speaking is one of my few talents. I am very good at it. But, for a moment or two, all I could do was look at this remarkable young man. Speechless. Finally, I told him that his words were a great gift to me and to all present in the room. On so many levels. Father to father. Man to man. Human to human. I told him that the rest of us could never appreciate what his life was like. I told him that George Washington was one of my few heroes and that he believed that a man is not defined by what happens to him but rather by his responses to those events. This young man had, in my humble opinion, defined himself very well indeed. In my mind, a hero. Unforgettable. It was not my place to try and mouth Epic principles to him. He already knew them all.
The day's business eventually concluded. When I got home, it was storming and very late. I pulled loose my tie, poured a stout bourbon and gazed out the window of my quiet house into the rain. Then I took my drink into my sleeping son's room. Sat on the floor. And waited for the morning.
Posted by M.Lane at 1:38 PM

I don't know what to say, Epic. Except thanks for sharing.

That would put pause in anyone's day.

To be humbled, regardless of what side of the courtroom you sit. That's all you can hope for in the human experience that is litigation if you really want to profit.