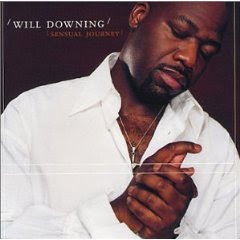 Her name was Kim. Her last name redolent of Russian nobility. Black hair. Striking Slavic blue eyes. An arresting young lady. Especially in those days. My first of High School.

I walked home from school then. After a month or so, evening came early. Snow began to fall. The street I traversed was illumined by lamps that cast a golden glow rather than the usual glare. Too diffuse to make a pool of light on the sidewalk. Perfect for refracting against the million facets of a snowflake.

One such evening in the afternoon, I turned the corner onto this avenue and saw Kim for the first time. Walking toward me. Short jacket with a fur collar. Dusted with snowflakes. As were her eyelashes. In that pale, golden light. I have never been accused of being a wallflower, but I was incapable of speech. Just attempted eye contact. Which was returned. A flicker of a smile on her face. I never spoke to her of course. When you are fifteen, just putting your toe into the social swirl, and you encounter a girl like this under circumstances that would be a great movie scene, there is no hope. Especially when you live where it snows. A lot. And you are a lot more romantic than is good for you. I needed soul music badly. The locally popular "Beer Barrel Polka" was no longer sufficient. Unfortunately, it would be a few more years before I knew what soul music was. I saw her pretty often on that street after that. Always the fleeting eye contact. The cute half smile. I never spoke to her.

Years pass. I am sitting up late at night feeding my infant son. Watching "Midnight Love" on BET. A video came on with a singer named Will Downing. Unknown to me. A very mature, smooth, sophisticated baritone. And the song. "Drowning in Your Eyes"....

I'm drowning in your eyes

I'm floating out to sea

Helpless on the restless tide

That flows between you and me...

It may have been exhaustion. Or just this fabulous song. Plus Mr. Downing's voice. And the time of night. But I thought of a freshman girl's eyes for the first time in over twenty years. And exactly how I felt every time I saw them. I went out the next day and bought the album "Sensual Journey", pictured above. If you like great soul music you should have this disc in your collection. They do not call Mr. Downing the "prince of sophisticated soul" for nothing. But be careful. You may rediscover some fundamental emotions. Formed when your world was young. That is what great music does. And all great art.

Email ThisBlogThis!Share to TwitterShare to FacebookShare to Pinterest
Labels: Listen