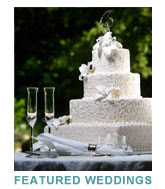 This is my twenty-first wedding anniversary. On our seventeenth, we did a "re-vow" in Las Vegas. "Elvis" did the vows. It was the Blue Hawaii package, replete with hula girls. Not an older Elvis either. A 1969 Elvis who was surprisingly good, at least after a bottle of champagne in the limousine heading to the event.
The story of that trip is an entry for another day. What sticks in my mind today is that when "Elvis" asked us how long we had been married and we told him seventeen years he was astounded, saying "Whoa, that beats hell out of the Vegas average I can tell you that!" What a shame.
As bad as I can imagine a bad marriage can be, my experience has been just the opposite. The evening we were introduced it seemed as if we had known each other all our lives. We talked constantly to the exclusion of the other people in our dinner party. Since then, we have had our share of bumps in the road but nothing that got between us. We have a wonderful son and several rather odd pets. Most ladies would probably contend that the marital state is not a natural one for men. But I would do it over in a second. Even more eagerly now. The writer Martin Amis said that it is obvious when married people get to the point when they have nothing at all to say. That will never happen to us, of that I am certain. And that is a wonderful blessing. Superior by a long way to perfect health or sound finances, neither of which we have always had the luxury to enjoy.
Here's to "beating hell out of the Vegas average". Here's to always having something to say to each other. Here's to twenty-one years. And to a hundred more.
Posted by M.Lane at 5:38 AM

Congratulations! I'm at six, and I feel the same way you do. More people should affirm the most important commitment they'll ever make, rather than belittling it like some stand up comedian routine. Enjoy the next hundred, and teach your son now to love his future wife!

My best wishes to you and your bride. I feel the same about Mrs. T.

At our house though, its Mrs. T's anniversary, never mine.

Happy Anniversary! 21 years is quite an amazing thing in this crazy world we live in. You are very lucky!
Hubby and I have been together 10 years~~married for a couple less. We hope to reach 21, and then some, if we are lucky. :)

Happy Anniversary...we celebrated our 25th in July and I wouldn't trade a day of it...well, maybe days with my in-laws, but that's a whole other story.