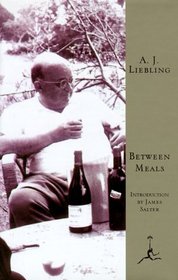 One month to go.  720 hours.  I don't think I will really believe it until I get off the airliner and realize I am there.

I have been asked various questions.

Do people really have to ask this?  Of me?  I have been an epicurian since the times back in the small house in deep snow country.  I've never been to Europe.  I'd love to run the bulls. Golf in Scotland.  Fish for trout in Ireland. See London.  Go to Budapest.  Italy. Monaco. San Sebastian. Good old Norway.  But I may get only one run at this.  So there was ever only one choice.

I did not become Paris-aware via Hemingway. Rather, through a slender volume by the great New Yorker essayist A.J. Liebling.  Between Meals.  His autobiography of a gourmand's life in Paris between the wars.  I don't even recall how I came to own this marvelous book.  I do recall that I read it through four times right away.  A literary epiphany.  They have places like this?  Where you can live this way? I'm going.  It only took twenty-five years.

26.49.  This is what the U.S. government says is my odds bet on remaining years.  Not even to 80! 1.49 years longer than I have been married. And I haven't lived what I would call tamely either.  Oh, what do they know? Still...after her two really awful medical years, my Irish Redhead looked at me firmly last November as we returned from seeing Midnight In Paris and said "you know, if you are going to go, you had better go now".  I brought it up a week later.  She said the very same thing. That's why.

I didn't plan it that way.  The IR cannot go.  No international travel. Ever. I asked a couple of very select pals who could not go along.  I'm not concerned about travelling alone.  It is almost all I do.  Were I to wait for the perfect travel partner to appear, I would probably never go. Anyhow, the return reader will know that I have a highly refined talent for self-amusement.  I'll be fine.

Why Not Take Your Son, The Future Rock Star?

You Speak French?  Don't You?

Absolutely.  I'll wager I speak French as well or better than any other fellow who took a three month, entry level, college course thirty-three years ago. Hey, I passed the course. In any event, I am confident in the power of honest effort, humility, a friendly smile,...and ready money.

Isn't This Going To Be The Great Adventure Of Your Life?

This rather conflicts with my view of life as adventurecontinuum.  Helen Keller said it is either a grand adventure or nothing.  And my G.A. is ongoing as father/husband. 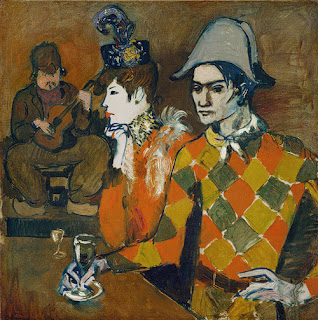 "It takes a long time to grow young."
--Pablo Picasso

Happy Birthday to Me!! 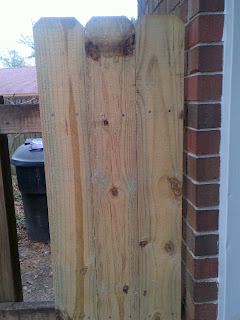 Boys are often unfairly maligned.  All of us, no matter what age.  Shiftless.  Lazy.  Indolent.  My favorite is indolent.  Anyhow, in these days and times when video games and I-Pods consecrate the hours for younger men, one may feel that there is no further hope for a hardy outdoorish life.  What Herbert Hoover I think would have called "rugged individualism".  Particularly if you have a father like me.

So, when the Irish Redhead decided it was time to replace part of the fence encompassing our back yard, and a rather menacing pile of boards showed up in the driveway, it was decided that I would harness the unlimited, if somewhat inertia-laden, energy of my son the Future Rock Star and his two best pals that are usually around on Saturdays. You know, teach them some "man-skills".  Luckily, my father-in-law lives with us and he actually KNOWS how to do things like hang fences.

To be honest, I would have bet a million dollars that this experiment would fail.  I just couldn't see three, otherwise very nice, modern teen boys getting much out of this project or having any interest in it whatsoever.  But the great thing about boys like these is that they constantly surprise.  Not only were they interested in tearing down the boards, positioning the new ones, leveling them, and nailing them in place, they relished the work.  After a bit, they made it pretty clear to me that they had it in hand and the three of them did some very hefty work for a couple of hours pretty much on their own.  They were very proud of the result.  I could not have cared less about the fence, but I was supremely proud of them.  At the end, when I told them that, they sheepishly wandered off to slay multitudes of alien zombies on a television screen.

There is hope for boys.  Old and young.  Herbert would be very pleased.
Posted by M.Lane at 8:26 AM 3 comments: 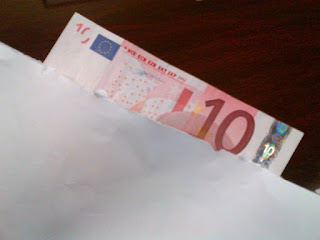 42 Days to go.  Money in hand. Hotel. A reservation for what some say is the best restaurant in the world. I won't believe it is happening until I get off the airplane in France.
Posted by M.Lane at 5:57 PM 7 comments:

Email ThisBlogThis!Share to TwitterShare to FacebookShare to Pinterest
Labels: Go.

Long before it ended. In '69 when he was on top of his game. Elvis and the guys playing at the International Hotel in Las Vegas. Whitney's mom singing backup. Elvis and one fellow in particular would try and get each other to laugh during a show. Play gags. The crowds loved it. In this particular performance, Elvis tries to get the joke in first and ends up cracking himself up. Real laughing filled with warmth and the joy of great pals just fooling around. A man just where he is supposed to be. Doing just what he wanted to do at that moment. All Epics can take a lesson from this cut. 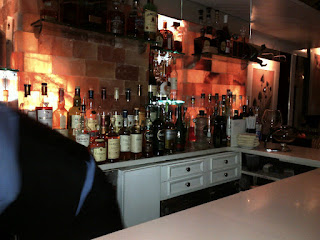 David Burke Townhouse, New York City, 2/29/12. A beautiful, tucked away spot on 62d Street.  When you can eat roasted Scottish game birds along with your rye-based Manhattan rather late on a cold, stormy night in the company of a great pal, what more do you really need?
Posted by M.Lane at 5:43 AM 3 comments: