All The Time In The World 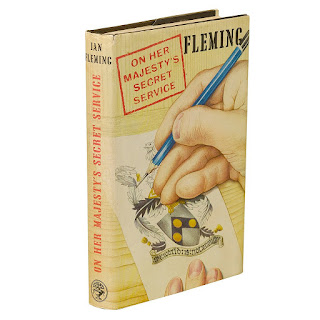 ...I just wanted to say that I'll look after you, Tracy.  Will  you mind being looked after?

She held him away from her and looked at him.  She smiled.  Her eyes were introspective.  "That's what it means being Mr and Mrs doesn't it?  They don't say Mrs and Mr.  But you need looking after too.  Let's just look after each other."

"All right.  But I'd rather have my job than yours."

--From On Her Majesty's Secret Service by Ian Fleming.
Posted by M.Lane at 8:14 AM 5 comments: 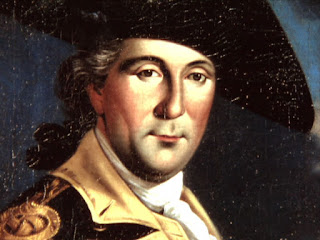 Happy Birthday to one of my heroes.  My most recent post about him from last year is just as apropos today.  Here is the link.

Today, let's lift a Virginia whiskey [if you can find one] or an old American porter in his honor.

Happy Birthday Mr. Washington!!!
Posted by M.Lane at 4:42 AM No comments:

One For My Baby 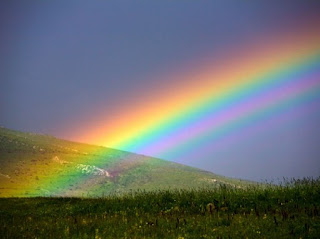 I buried my Irish Redhead last week.  This is a weak attempt to talk about it.

The second year we were married she got sick.  Really sick.  They all agreed she wouldn't last a month.  She managed to overcome the onset and through grit, love, faith and sheer will she made it through that month.  And another three hundred thirty six months as well.  Enduring annual hospitalizations.  Surgeries. Infusions of iron.  An implanted feeding line.  And all the rest. Hospitals in New Orleans, Birmingham, Atlanta and Miami as well as at home. Then eventually kidney failure and more surgery and dialysis.

She met many angels along the path and she was an angel to many as well.  And to me and her son, the Future Rock Star.  Every day.

But there comes a time when the line assigned to each of us just comes to an end.  After three decades of victory after victory an infection came along and she had nothing left to give.  She didn't last twenty hours.  Her lifetime record against disease was about 958-1.

I guess it is no surprise that I wrote her eulogy.  I would like to share it, and a little bit of her, with you...

The first time I met her I felt like I had known her all my life.  I bought an engagement ring three months later.  A fascinating, loving and faith-filled thirty years passed in the blink of an eye. Leading us all to this room today.

Debbie had world class skill at catching a runaway chicken in her parents' back yard.  If you have ever tried to catch a runaway chicken you will know how athletic she was.  She was the most intelligent person I ever knew.  We always used to say that at least we would never be a couple with nothing to talk about and that was true.  From international politics to reality television, Debbie was up to speed on it all despite the demands of running a successful court reporting business in the early years and despite the demands of motherhood later on.  She had the ability to train her mind like a laser on any issue or new intellectual challenge and then to apply her tremendous work ethic to master any situation I saw her come across. She understood her medical conditions and dozens of daily medications so well more than one doctor asked her if she had been to medical school.  She was the finest natural cross-examiner of a person I have ever seen and this occasionally made it rather uncomfortable for me, for our son or for her father Bill.

Debbie had wide ranging interests running from ancient and modern history, antiques, fashion, design, politics, automobiles and travel.  She could engage in a conversation with anyone about any topic. She had an amazing eye for fashion and for interior design.

She was fiercely passionate about her faith, her family, her friends, her pets, her medical conditions and the people she didn't care for.  She loved her son with the same intensity and he is the Glory of her life.  This passion and intensity and strength came from her soul.  Debbie's soul did not just shine out of her, it blazed out or her with a radiance I have never seen in any other person.

In our second year of marriage Debbie became very ill from a rare congenital blood disorder.  She was very ill that year but survived.  For the following twenty eight years she was hospitalized at least once or twice annually, walking a medical high wire and fending off one life threatening condition after another all related to consequences of her condition.  I often told people that she was like Harry Potter.  She was "the girl that lived".

Through all of this she never once complained, blamed God, or lost even a portion of her faith which was stronger than I have ever found in any person. If anyone ever needed proof that God exists, that God loves us, and that God blesses us with miracles, Debbie was absolute proof of all those things. From the time she survived the onset of her illness by her body "re-plumbing" itself by creation of new blood vessels, some of which ran the opposite direction of the originals which had been destroyed, through all the years up to last week, I saw Debbie receive one miraculous good turn after another. No one could have survived everything I saw her survive over three decades of life by merely being lucky.  God reached down his hand and made her great.  He kept her feet solidly on that high wire she was destined to walk.  Her experiences and her steadfast belief were a crucible that tempered my own faith and made it stronger than I could have ever imagined. I would often tell people that if an atheist had started following along Debbie's path with her twenty eight years ago they would have been a true believer by January 25, 2017.

I have used the words "unlike anyone I have ever seen" many times in this note because Debbie was a truly unique woman.  It was my honor and privilege to spend more of my life with her than I have lived without her.  I cannot wait for the day when I see her again.

Our son, her father Bill and I would like to thank everyone for coming today and in sharing our celebration of this truly extraordinary life.  God's blessings to each of you.

People have been wonderful.  They ask how we are doing.  We are OK, thanks to her example and what she taught us over the years.  My biggest problem is not knowing what to do with myself.  And seeing little things around the house that unexpectedly make me feel like I am being stabbed with a dull blade.  Things like that. It is fair to say that Valentine's Day will be pretty substandard.

Billy Strayhorn said in Lush Life that "a week in Paris would ease the bite of it".  This time, I don't think it would.  At this point my hope is just that life's kaleidoscope will somehow eventually make a turn that jostles the shards of my broken heart into a pretty picture again.

Thanks for coming along for the ride, wherever it takes us from here.