The Epic Cellar: Another Great Wine From Bogle 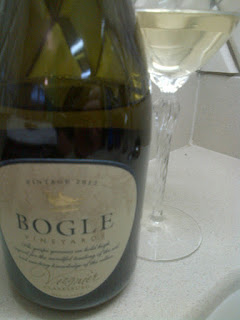 After I fell in love with Bogle wines, I reported on them here.  Then I joined their wine club.  Last week they sent me their Spring shipment which included this 2012 Vigonier.

Like some book reviews say...."I couldn't put it down".  Drank the entire bottle at a sitting.  I did open it and leave it for an hour first. The pear flavor of this marvelous wine is distinct but subtle.  Think poached pear as a dessert at Le Petit Chatelet in Paris late at night in a spring downpour....with some butter added just for balance.

This amazing wine held its own against a variety of dishes........olives.........hummus with tapenade....huntsman cheese......chicken dumplings.......huge Gulf shrimp with Arnaud's remoulade sauce, even rhubarb and strawberry pie. 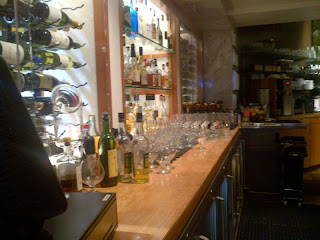 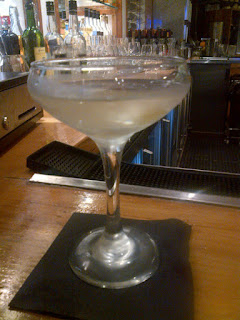 One Flew South.  "E" Concourse, Hartsfield International Airport, Atlanta, Georgia.  The best restaurant you will find in any airport, anywhere.  Wonderful people that become friends. And, not least, the authentic Vesper Cocktail.  The perfect drink in the perfect glass.  Ian Fleming would be very happy. 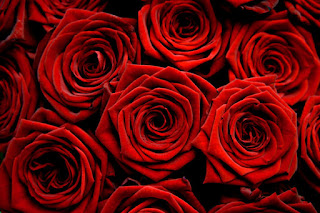 She read Playboy. Dreamed up crazy themed birthday parties for my little brother and me. Wrote short stories and novel outlines. Dealt with a Swedish mother in law who couldn't see her value. Didn't cook that well but would do foods of different cultures sometimes to "broaden our horizons". Became a Cub Scout den mother because we wanted to be in scouting even though I suspect she never cared for kids that much other than her own. Quelled the usual internecine warfare between her children once it became the norm. Read to me every night.

Most of all, she gave up a pretty sophisticated life, for good, to move to the northern woods and be my mother.

One of my earliest memories is seeing her standing in the living room of our tiny home, sobbing, when we lost JFK.  I only think I saw her cry once after that. She's Irish too, you see.

Once in High School, a curmudgeonly teacher said he would let any one of us out early from class if we could just tell him where one song lyric came from.  The lyric was "I polished up the brass so carefully that now I am a member of the Queen's Navy".  My hand shot up. He smirked at me. I said "HMS Pinafore". He goggled and said "how the heck did YOU know that?"  Because my mom plays Broadway albums all winter, jerk.

I talked to her today even though she lives a long way away now. At 86, she is doing just fine, interested in everything, never met a stranger.

I told her I love her and that the "broadening horizons" thing, that worked out pretty well. 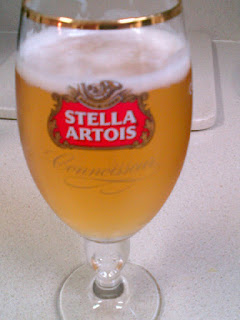 I consider myself a lucky guy in almost every way.  That being said, I rarely win a prize or contest.  Exactly two in my life as far as I recall.  The most recent of the two was on Oscars night when the fine people at Stella Artois had a Twitter contest where you had to identify six word reviews of famous Oscar winning films from the past.  The first correct response for each question won one of the famous Stella Artois chalices.  After a few tries, I was notified that I had actually won!

The chalice arrived at my door and I am now using it regularly.  Now I feel like an Oscar winner too.  Thanks, Stella Artois!! 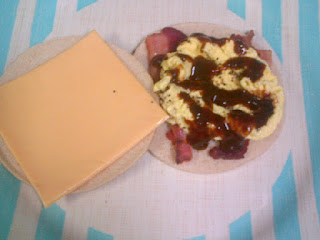 I like to make a simple but hearty breakfast sandwich, under 275 calories.  Start with one of those thin cut muffins that are pretty common now.  Spray a ramekin with nonstick spray and pour in some egg substitute, about 3/4 inch deep.  Then the first secret ingredient.....HOT SHOT pepper mix.... 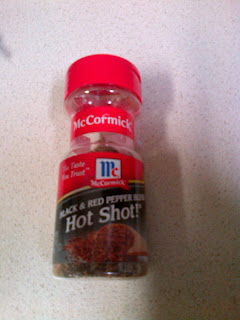 Red and black pepper.  Give the egg substitute a healthy dose before nuking it for a minute.  While you are doing that, split open the prefab muffin and put a slice of cheap [read: easy melting] cheese and two slices of precooked bacon on it.... 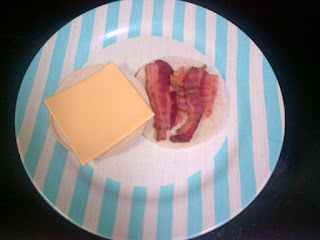 Then add the hot, cooked egg laced with pepper... 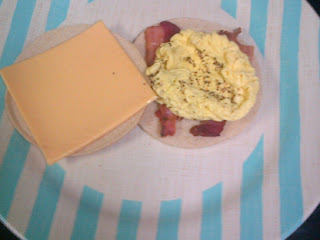 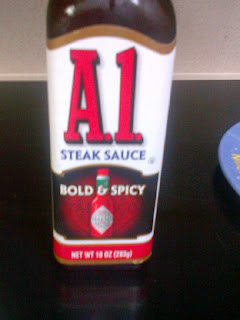