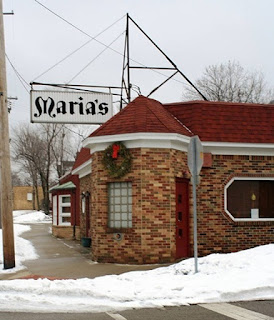 In the gourmand's life there are certain watershed moments.  The Great Meals. The dining experiences that you will remember the rest of your life.  My first one occurred when I was around thirteen years old.  The night I became aware that dining was more than eating.  That food was more than fuel. That a fine meal could constitute a marker on the path of a life well lived.

My father's best friend was a larger than life fellow, Mr. "AJI".  We used to visit him in Rockford, Illinois a couple of times a year when my father was forced to venture out of the northern woods on business. The evening in question, Mr. AJI took us all out to Maria's, an Italian restaurant famous for generations in that area.

I watched as we walked into the crowded dining room. The maitre'd knew him of course and greeted him warmly.  A waiter showed us to a table in the back. People glanced at us trying to figure out who we were. As we settled in and the adults ordered drinks, Mr. AJI announced that "tonight every dish is not on the menu". I had little idea what this meant but it sounded important. I felt like we had become movie stars. I really felt that way when the waiter brought the cocktails including non-alcoholic ones for Mr. AJI's three pretty daughters and my brother and me. Had I known who Frank Sinatra was at the time, I would have felt like we were dining at his table at Jilly's.  I remember Mr. AJI's expensive suit, his diamond pinkie ring and his gold lighter. My Dad's black alligator shoes that matched his watch strap.

The food was superb. We started with baskets of toasted bread drizzled in pesto.  Do you recall the first time you tasted home made pesto? I do. Then course after course began to appear, my Dad eventually complaining that it was too much, that we weren't the royal family for Pete's sake. Mr. AJI just gave his deep resonant chuckle of a laugh and the food kept coming. Along with wine in funny straw covered bottles from a place called Tuscany. Several bottles of this wine were dispatched by the adults during the long meal.

Somewhere during this feast a small casserole dish was placed in front of each of us. I remember the wonderful way this course smelled to this day. Garlic, butter, parsley, Mr. AJI was watching me closely since I imagine that it was obvious that everything in this meal was a revelation to me and I was absorbing everything I could from the experience. Perhaps he recognized a nascent bon vivant. I pushed through the browned bread crumbs with my fork and found that shrimp were baked under them in a sauce of garlic and butter and a bit of sherry. The flavor of this dish amazed me. My first experience of the towering dish called Shrimp De Jonghe. The James Beard Foundation says that it is one of the earliest known Chicago area specialties dating to around 1900.  Forty-three years later, I remember how this tasted. Too rich for an entree, perfect with a glass of dry Champagne, it is still my favorite appetizer of all time. 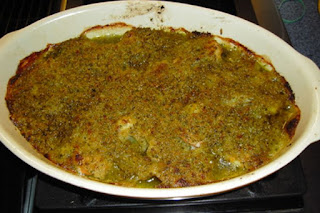 The main course for the evening was garlic rubbed rib eye steak with spaghetti and "red gravy" on the side. I was full to popping by then but there was no way I was not eating that steak. Also, it was the first home made marinara sauce I had ever had. Do you remember your first real marinara sauce? I do. My taste buds were firing like the pistons in one of Mario Andretti's Formula One racing cars.  Dessert arrived. Spumoni ice cream, still one of my favorite desserts. 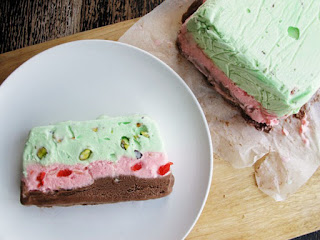 I don't know how long we were at the table for this tremendous meal. I have no idea how much it cost Mr. AJI but it must have been a lot. He wouldn't let my Dad pay anything which caused more protest although my Dad's words were not as clear as at the start of the night. Finally the meal was over. A baronial feast if ever there was one. The maitre'd helped the ladies with their fur wraps. Even Mr. AJI's three daughters had wraps. It was one of the only a few times I ever saw my Dad tipsy. It was the only time I ever saw my Mom drive us all anywhere. I remember my Dad trying to prop his head up and his elbow repeatedly slipping off the leather arm rest of his Cadillac on the way back to the Howard Johnson's "motor lodge" where we were staying. 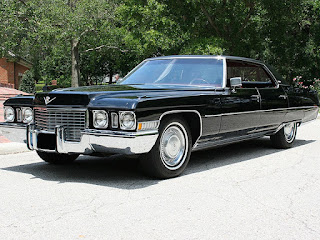 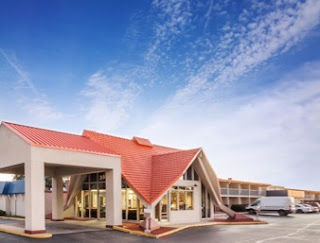 I learned many things that evening. Graciousness. The value of treating restaurant employees as special people and of being a "regular". The joy of wearing a blazer and dining well in the company of pretty women. The glories of marinara, fresh pasta, pesto, Spumoni, And, most of all, Shrimp De Jonghe. My family didn't dine out much. I never made it back to Maria's again.

Last summer, I was sitting at my table at Cape Cod, the marvelous restaurant of The Drake Hotel in Chicago. Shrimp De Jonghe arrived as my appetizer. I was dining alone but I was wearing a much nicer blazer than that night at Maria's years ago. When the scent of the dish hit me I felt like my Dad and Mom and brother and Mr. and Mrs. AJI and their wonderful daughters were right there with me again. I took a sip of champagne, smiled, breathed in the wonderful aroma and was again transported back to the first great meal of my life.

We will truly miss serving you. Remember the good times at Maria’s and may they always make you smile and bring you happiness. And always remember Maria’s philosophy….

“After all is said and done, really, can there be anything more beautiful, more enjoyable, more memorable than good food, good wine, good conversation with family and friends?”
This is the good life.
SALUTE!
God Bless:
THE CASON FAMILY

An Epic philosophy if ever their was one.
Posted by M.Lane at 9:34 AM 4 comments:

I always post a Stevie Wonder video of "Ribbons In The Sky" on this day because I think it is the best love song I know.  To my wonderful Irish Redhead.
Posted by M.Lane at 6:57 AM No comments: