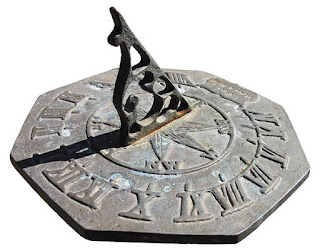 Hello to all of you Epics.  I haven't been writing but I am still hanging around.  This is my chapbook page on some experiences from the first seven months after losing the Irish Redhead.

I was a total mess for about three months, not much able to do anything but stare out the window. They say that is pretty much par for the course; only the amount of time varies. Now I only get that way on certain days. The problem is I can never tell what day is a certain day until it happens.

Early on, I saw myself in mortal emotional peril.  The peril of going into some sort of mental fetal position and not waking up emotionally until I was very old.  Then I was blessed with meeting three very different but singular women who have literally saved my emotional life.  All younger than I am, their vivacity and joie de vivre has been a tonic to me and they have all helped, at different times and places, to restore the sense that I am an independent fellow of my own making even without the half of my cell structure that was connected to the IR's and which remains with her still.

This first round of special days has been brutal.  After the funeral, Easter, Mothers' Day, my birthday, our son's birthday, Fathers' Day.  Next month her birthday and our 30th anniversary.  The same week.

You don't want to go to the cemetery all the time like you would think you would want to do.  Then again, some days you don't want to go any place else.  Going to to her grave and leaving flowers isn't disarming.  It's leaving there after you put the flowers down that kills you.

I find that I am just as bad with money as I was 35 years ago when I last had unfettered access to it.  I find that sort of charming in a way.  She was superb with money.  Careful and generous at the same time.  She didn't trust me with it one little bit.  I find that charming now too.

I cry at the oddest times and for the oddest reasons.  At first the big things get to you.  Then they don't.  Then it is the little things.  I am very thankful that I have only awakened from a dream crying three times.

We didn't really have a "special song".  Now I am very glad about that.  But if one of her favorite shows comes on television I can't bear to watch.

The most brutal thing of all is cleaning out her closet.  One of my lady friends told me of a charity that helps women in homeless and other shelters dress well for job interviews.  They do their hair and makeup and everything.  And the charity always needs nice clothes.  So I am donating almost all of the IR's very fine clothes, shoes, purses and non-heirloom jewelry to this outfit.  She would really have liked that.  But I still have to go in there and immerse myself in her best things.  Some of which still smell like her cologne.

People say you feel like the person you lost is always right with you.  I would like that but I don't feel that way.  I feel like shes a million miles away.  Like I am the one that got shipwrecked on some remote island.

I was doing what I considered to be o.k. until her dad had to go in the hospital a couple of times the past six weeks.  He has lived with me for over 20 years.  He is in the same hospital where she died. Going there is almost beyond my capacity.  But I go anyhow.  I admit it has set me back a good bit emotionally.

There are times when you just have to vanish and go out of town and pretend to be someone else.  Or more accurately try to figure out who you are now.  I am so thankful I have the ability to do that.  It is a lot of fun to be able to go somewhere on the spur of the moment, I admit.

I don't feel guilty at all about trying to re-establish myself as a socially active single man.  What other choice do I have?  I have to remind myself that it is what I am.  I imagine some eyebrows have been raised in this regard.  Frankly, I don't give a damn.

I have discovered to my surprise that if I ask a woman out on a date a lot of the time she will say yes. I didn't have much nerve in that department 35 years ago.

I played the part of the young husband in a High School rendition of Thornton  Wilder's "Our Town".
The final scene made me cry way back then.  Now I wish I had never heard of the play at all.

Some people feel that I must or will certainly re-marry.  I don't see that happening at all.  My current feeling about this [albeit very, very premature] is not in any way a negative comment on my marriage.  Rather it is the highest endorsement of it.  I was married once and very well and I don't think that I have the spiritual energy to commit that way again.

I know a young fellow who lost his wife three years ago.  They had only been married a short time.  I see him and I can't think of a single thing to say.  I don't know what to say to myself.

Frank Sinatra said that at one point he "crawled into a bottle" and lived there for a year or so.  I find life in a bottle isn't too bad as long as you can crawl out.  It's cozy inside a bottle.

I do not deal well now with stressful situations.  They make me sort of glass over.  Not great in my line of work.

There are certain songs that make me cry.  A lot.  But I keep listening to them anyway. Not all the time thank God.  Just sometimes.  Usually very late at night.  Or sometimes when I just need an excuse to cry.  The musical version of stubbing your toe on purpose.

It is amazing to me when people ask "are you good now".  No.  I'm not. I lost half my cell structure in a moment.  But I'm going to make it anyhow.  And I am going to have a good time as best I can.

Frank would say I'm being "Charlie Raincloud" so I will close.  Thanks for coming around. Don't worry about me.  I do laugh and I don't feel horrid all the time. I have had some marvelous times with pretty friends. I'll eventually get to where there is blue sky most days.  As I wrote a while ago, blue sky is always up there somewhere.  For now, do me a favor.  Go to the person you love and give them a big hug and a kiss and remind them how you feel. It is an Epic gesture, after all.
Posted by M.Lane at 12:17 PM 10 comments: