Epic Bookshelf: The Song is You 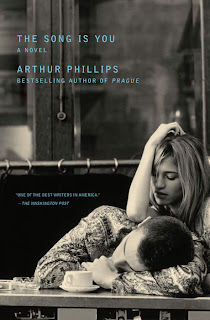 A golf pro told me one time that when he saw Sam Snead play he thought that if he just worked hard enough he could play like that. When he saw Ben Hogan play he realized that there was no way he could ever be that good.
I love to write and I love to read. That is not always a good combination. Sometimes, I read a good writer like the fellow that wrote "Midnight in the Garden of Good and Evil" and I think "man, if I am lucky and I work hard enough...". Other times, I come across an author like Arthur Phillips and I realize there is no way I can ever write that well.
Phillips' first novel, Prague, was a very good play on social manners among the young diplomatic set in Budapest. What would probably be referred to in publishing circles as a "strong first effort". I would refer you to a novelist of the stature of Pat Conroy, who said that this book defined a whole generation in the manner in which Hemingway accomplished that task in The Sun Also Rises. It must be hard to be placed in the same sentence with Hemingway and still live up to the comparison. I wouldn't know. Phillips' work in Prague does that very well indeed. 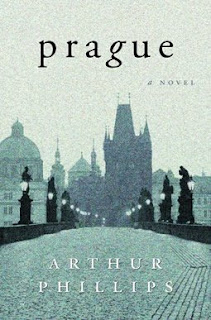 In Prague, young American expats and junior diplomatic corps personnel try to sort out the meaning of their newly independent lives. Newly independent and lacking any form of horrific Cold or hot war experience to force a definition upon them. In a fascinating and romantic setting where war experiences of all temperatures seem to define almost everything. It is no wonder then that Conroy made the comparison with The Sun Also Rises in terms of plot. Read Prague for yourself and you will also see right away why Conroy connects the book to The Sun Also Rises in terms of the calibre of its writing. Much more than "a strong first effort".
Phillips seems very interested in love. The misplaced sort. The vanquished sort. And the unrequited sort. And his characters are so marvelously crafted for us that we are immediately in tune with just what they think and do. Or rather what the appear to think and do. For Phillips' plotting is so well done that it is the reader's psyche and life that defines them as the book is read. Each of these books is akin to a literary house of mirrors. Perhaps literary Rohrshak is a better description. In any event, these stories project image after image to the reader which can all be interpreted in equally reasonable, yet equally contrary fashions. That is what makes reading a Phillips novel so completely engrossing. 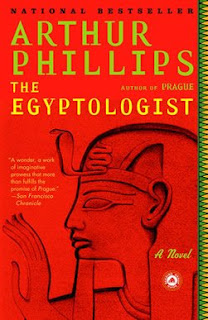 This incredible story deals with a mysterious young man of the immediate post World War One era who is out to discover the tomb of a little known [and perhaps fictional] Pharaoh, bankrolled by his wealthy putative father-in-law. As an exciting historical novel of archaeological exploration unfolds, you begin to wonder. Is the explorer a genius? A grifter? Merely self-deluded? Or someone so deeply in love with Egyptology that he will do anything to become part of the Valley of the Kings and assume his place among the classic explorers of the region? In the event, he manages to convince all around him, including himself, that not only does the shadowy Pharaoh exist but that his tomb is just waiting to be discovered--full of riches. Whether the Egyptologist's love will be fulfilled or unrequited is the main mystery the book unfolds before you. Suffice to say, he accomplishes his dream of becoming part of Egypt. Stephen King said of this book that it was "tragic, pathetic, blackly funny...and with a strange, growing undercurrent of horror. You have never read a novel like it." This from a man who certainly ought to know. The next time any of you run into Mr. King, please tell him I fully agree.

Phillips' next effort was a Victorian drama, Angelica. 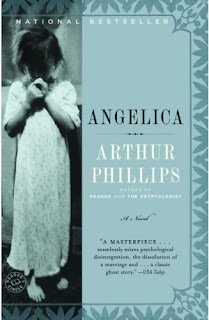 This engrossing story has marvelous characters that are akin to mirror balls spinning on strings. With the reader supplying the light and interpreting the multiple reflections they create. The physician father can be fairly viewed as a demon, a hard working and loving cold fish, a victim of spousal abuse, or any number of other things. The beautiful mother, a former shop girl, can be fairly viewed as an insane wife-from-Hell, a broken victim of spousal abuse, a classic plotting gold digger, or any number of other things. Depending completely upon the reader you interview, this book is either a Victorian family drama, a ghost story, a murder mystery, or a classic tragedy. Or all of the above. You tell me. I just loved the book.
Which brings me to Phillips' latest offering, The Song Is You. Once again, we find a main character so interesting and well drawn that you find yourself peering into the end of a literary kaleidoscope, fascinated with the changing images you find inside. Having just turned fifty, I can appreciate the notion of the mid-life crisis even if I haven't experienced one. Yet. The fellow who is the subject of The Song Is You is in a Category Five Mid-Life Crisis. He has had a tremendous personal tragedy. Lost a marriage. Suffers the presence of a loving but very odd older brother. About the only things going right for this man are his career and his Ipod. On which he stores a fantastic and vast music collection, including a soon-to-be-discovered young Irish woman that he comes across singing in a neighborhood New York bar. After this discovery, the gent embarks upon what could be fairly described as an aching, quasi-mutual love affair with an eclectic, talented, and beautiful woman half his age. Or, he engages on what could be fairly described as an obsessional stalking foray taking him across the globe and back again as he pursues what he, in a deluded fantasy, perceives as the love of his life. In other words, The Song Is You is another masterful piece of storycraft from the pen of Arthur Phillips. What is the "true" interpretation of the story? You twist the cylinder of this fine story and tell me what images you perceive. Needess to say, I highly recommend all of Arthur Phillips' books for your enjoyment this summer.
I would really like to meet Mr. Phillips some time. I do not know exactly what I would say to him, if anything. But I suspect we have some common ground. He knows a lot about music, that is clear. He is from Minnesota. And his web site says that on June 22 he will be at a place in New Hampshire for "readings, signings, music and martinis". Sounds like my kind of guy...
Posted by M.Lane at 7:41 AM

I've been wanting to upgrade my readings and Mr. Phillips seems like a good bet. And I'm pretty sure that I can write as well as the guys at the local newspaper. But I may have to work on it.

Mr. Lane: DeLISHous reviews! I've long known of Phillips and I'll get to him all the faster now. By the way, I've given you an award over at my place.
Cordially,
Mrs. Scoffs

I am now thinking of reading both Prague and his new one. I visited the NYT book review of The Song is You, linked from Phillips' website. I liked how the reviewer highlighted his opening sentence. That's how I test books.

Longwing, Tessa and Ben, you will love this fellow's writing, I am certain.

And, Mrs. Scoffs, you now hold a special place as my first...

I am very very pleased by my award and by all of your comments and visits. Thanks.

Many thanks for the review: I've just picked up a copy of Prague.

I will check this author out as well.

I've got Prague sitting on the mantle in the bedroom -- unread. Having difficulty with fiction these days but hope to get back to it. The Sun Also Rises is an annual spring read for me. Tough comparison, but one that I'll enjoy making with Phillips' first effort. Thanks for the reviews.