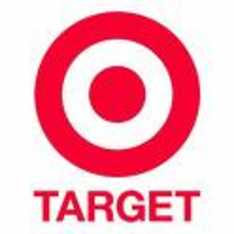 The other day I saw a documentary on television about the American department store chain Target. One commentator posited the notion that Target had succeeded in becoming a destination store. This was no news to me.

When I was a teen, my family spent a large part of each summer at a cabin on the shores of a lake in northeast Minnesota. An idyllic spot really if you are in love with the lakes and woods as I was. And am. There was a Target store in Duluth which we would occasionally visit when making trips to get provisions and to see my grandparents. Other than the Glass Block department store downtown [with its brass escalators] the Target store in Duluth was the most glamorous place I had ever been.

Snow falls and melts in its brumal cycle. Years pass. Families move to warmer climates. Boys grow up and begin traveling on expense accounts. New York comes into view. One lazy Friday afternoon I was sitting at P.J. Clarke's bar in Manhattan enjoying a late lunch. Nearby was a group of city folk. Three cute young ladies and a young man. Well dressed. Probably co-workers. I was amused by the fact that the three ladies were talking excitedly about something while the young man ate his lunch in a resigned sort of way. As someone from the hinterlands, I assumed that the excitement was due to a new gallery opening or some other typical New York weekend event on the social horizon.

As I cozied up to a half of Guinness and a neat glass of Powers whiskey (it may have been cold outside) the female conversation reached a pitch that could be heard without (completely overt) eavesdropping...

Ok. I've rented a car. I'll pick you guys up at seven. Then we are going out to Jersey and we should be at the NEW TARGET RIGHT WHEN IT OPENS!!!!!! [Excited squeals and noises from her pals]. David, you are going with us aren't you? David?

At this point, I had to see the young man's reaction. I glanced toward their table. He looked my way, apparently knowing I had heard most of the conversation, and rolled his eyes with an otherwise expressionless face. The longest non-teen eye roll in the history of man. An image of the human male in full "how exactly did I get into this" mode. A situation which transcends all historical epochs and all cultures. I almost fell off my bar stool laughing to myself.

I looked away from them and toasted young David in the ancient bar mirror. Better him than me. As Jerry the barman extraordinaire refilled the Powers, I considered the majestic power of young love. And of a destination store. I just hope David got a new coffee maker out of the deal.

Now if this had been just about any other city than Manhattan, it would have read; "David, you go to Home Depot and we'll go to Target and then we'll meet up afterwards."
I love to shop at Target, but most men would roll there eyes about having to go there, the crowded parking lot, the lack of power tools, etc...

I love Target! And I drive from Canada to get there! The closest one is about 2 hours and a border guard away from where I live.

Fortunately my husband thinks it's thrilling to go there too...maybe it's the promised lunch at Applebee's across the street.

Now that my local has groceries, it's a rare day that I *don't* need something from Target.

I can picture it all perfectly! We used to be extremely excited about trips to our made-up version of "T-arge(as in garage)-ay".

Hey, you should have given him a heads up on their sock dept.

I have three pair of "Targyles"

You should have looked straight at the girls and said in a loud voice: "David and I are getting drunk and hitting the strip bars, biatch!"

Cripes! The glass block?
Donaldson's moved into an ugly mall in 1982 and the old building was was torched later that year. You would not recognize downtown today.

Unclelooney, you are obviously a person of refinement and experience. Tell me Glass Block is gone. Tell me Goldfines is gone. BUT DO NOT tell me that the Coney Island store is gone or I shall jump off the Duluth/Superior bridge.